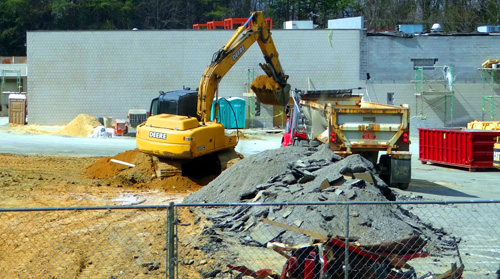 Housebuilding is expected to continue to be a major source of growth.

Activity in the construction industry is rising at a faster pace following the EU referendum than initially expected according to the latest forecasts by the Construction Products Association (CPA).

While the figures may fuel hope of a resilient UK construction industry amid Brexit-related anxieties and rising costs, the growth masks a considerable difference in activity across the key construction sectors. Infrastructure projects are expected to be the industry’s main growth engine, driven by a strong National Infrastructure and Construction Pipeline valued at £300 billion over the next four years.

House building is expected to remain a key source of growth, with private house building starts rising by 7.2% between 2017 and 2019, underpinned by a continued upward trend in house prices, demand from first-time buyers and the Help to Buy equity loans. In 2016, Help to Buy accounted for 39.8% of new home sales in Q4 and has been a significant government policy for supporting building activity.

Noble Francis, CPA economics director, said: “Construction output has been sustained post-referendum, primarily due to projects signed up to before June 2016. Activity is expected to remain strong in the first half of this year in all the key construction sectors: private housing, commercial, industrial and infrastructure. Looking further forward, a fall in contract awards during the second half of last year, is likely to impact greatest where Brexit uncertainty affects sectors requiring high investment up front for a long term rate of return, such as commercial offices and industrial factories.