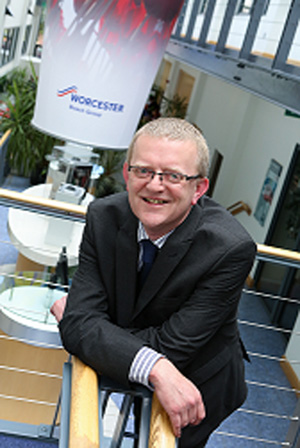 Worcester, Bosch Group is warning installers to be aware and take extra caution when ordering online as the number of non-approved flue systems and controls is increasing.

Simply put this means that some flue systems sold online may say they are compatible with certain manufacturers’ boiler models, when they haven’t actually been tested, approved or certified.

The rise in the number of generic, third-party boiler accessories available means installers need to be extra cautious with their product selection.

Martyn Bridges, director of technical communication and product management, believes installers could run the risk of compromising their customers’ safety by fitting flue plume redirection kits which haven’t been tested, approved or certified for use with their boiler.

“We’re seeing a growing number of suppliers sell generic heating accessories such as flue kits that they claim are compatible with a given manufacturer’s boiler, but have never actually been tested to the required standards,” he said.

“While these products may match the physical size and dimensions of the manufacturer’s flue, it is important for installers to realise that the absence of a CE mark means there is no proof that they meet the UK’s safety, health and environmental requirements. Worse still, with no testing having taken place, there is no evidence or guarantee that the flue kit won’t be susceptible to damage such as freezing, cracking, or degrading in the sun.

“Boiler manufacturers in the UK generally have their appliances and flue systems approved to C1, C3 and C5 classifications, which are essentially horizontal, vertical and flue plume redirection categories. Under these categories, the manufacturers are required to have their boiler and flue system approved as a partnership, and with good reason. The generic alternative may be cheaper and its aesthetics might appeal, but buying one is a risky move for something as critical as a flue system – not least because it will not hold the essential CE marking and will also invalidate the boiler’s warranty. The sheer number of unknowns surrounding these products should be reason enough for installers to be very wary.”

Martyn believes the rise in the number of generic, third-party boiler accessories available means installers need to be extra cautious with their product selection.

He continued: “There is a plethora of replica boiler accessories being launched into the market and we’ve seen issues where installers and homeowners have been caught out by third-party timers and controls which are not covered by the boiler manufacturer’s warranty.

“This in turn places much greater emphasis on the need for installers to be vigilant when selecting the most suitable appliances and accessories for their customer’s property.”