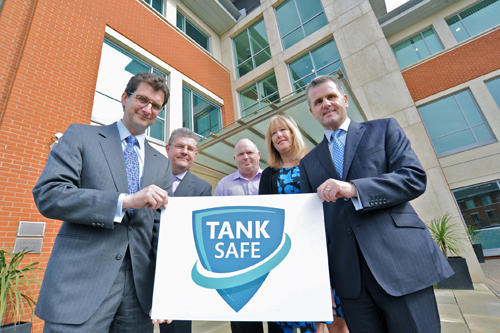 OFTEC (Oil Firing Technical Association) and the Federation of Petroleum Suppliers (FPS) have joined forces to launch a new ‘Tank Safe’ campaign, urging the 920,000 oil-heated homes in England, Wales and Scotland to ensure their storage tanks are fit for purpose.

The campaign will feature a short information video for homeowners together with advice and answers to FAQ on the Oilsave website www.oilsave.org.uk

Feedback from OFTEC registered oil heating technicians and the oil distribution sector indicates that some tanks in use today, depending on design, may be close or at the end of their serviceable design life of 20 years and should be replaced in order to minimise the risk of leaks, which can prove costly to both the consumer and the environment. These aging tanks should be replaced with bunded models, which comply with national environmental standards.

Homeowners are responsible for the installation and condition of their tank but there is concern that consumers may try to put off tank inspections in an attempt to avoid the cost of a replacement and that unregistered technicians may not be including oil tank checks as part of annual servicing work to keep their costs competitive. It is also important that homeowners have adequate home insurance to cover their oil tank and its contents.

The new Tank Safe campaign aims to highlight these issues and will see OFTEC registered technicians working alongside FPS distributors to raise awareness among consumers of the importance of looking after their oil tanks.

OFTEC CEO, Paul Rose, said: “Tanks are often the forgotten part of an oil heating system but it is vitally important their condition is maintained to ensure safe oil storage.

“Fortunately, oil leaks are rare but the consequences of a spill can be high, causing not only inconvenience and cost to the homeowner, but a serious environmental issue. Neglecting a tank is clearly false economy.”

As part of the campaign, OFTEC and the FPS is calling on members to advise consumers of their responsibilities and how best to manage the condition of their tanks.

A new Tank Safe logo has also been produced to increase visual awareness of the campaign.

British standard code of practice for oil firing, BS 5410-1 requires that tanks are inspected by a competent person, such as an OFTEC registered technician, at least once a year or at the time of an appliance visit FPS president, Duncan Grant, added: “Each year we receive some reports from our members of tanks which have split on filling or even days later. It’s important for consumers to have their tanks checked by a qualified technician to ensure it is in the best condition and to alert householders to potential problems before they happen. Losing a tank of oil could be expensive but this cost is minimal compared to the potential cost to clear up a spill.”