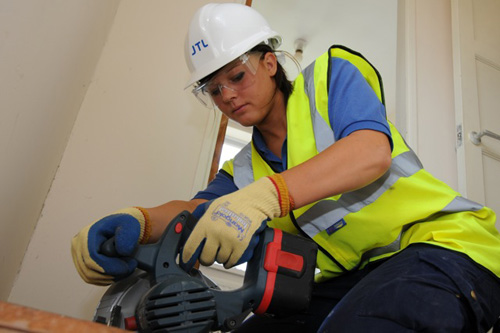 T-Levels will ensure students pursuing a vocational route are not disadvantaged in the eyes of potential employers.

The Chancellor of the Exchequer delivered a major boost for vocational training in his Budget, according to the Building Engineering Services Association (BESA).

Philip Hammond announced £500 million to develop new ‘T Levels’ in 15 vocational categories including engineering and construction. Promising to take an “agile and bold” approach, he said backing vocational training was crucial to tackling the UK’s poor productivity, which in turn, would support the development of a more prosperous and inclusive society.

The Chancellor said: “High productivity jobs are high wage jobs.” Adding that to grow its economy the UK needed to compete with the world “on the basis of superior talent and skills, not just lower costs”.

BESA’s training director, Tony Howard, welcomed the move. He said it would help to underpin the work the association is doing to help building engineering employers address skills shortages by developing a range of new Trailblazer apprenticeships in England, while also driving forward training standards in Scotland, Wales and Northern Ireland.

T Levels, which will be developed between now and 2022, are designed to give technical subjects equal status alongside A-levels. This is so that students pursuing a vocational route are not disadvantaged in the eyes of potential employers or dissuaded from taking a non-academic path by their parents.

The Chancellor also announced £300 million to support 1,000 new PhD places and fellowships in science, technology, engineering and maths (STEM) subjects. He added that the number of hours of training for technical students aged 16 to 19 would be increased by more than 50%, including a high-quality, three-month work placement.

Tony continued: “T Levels fit neatly with the government’s ongoing support for Trailblazer apprenticeships, and will provide further help in developing the stream of new talent coming into STEM professions. Apprenticeships are a natural progression from T Levels.”

He added that apprenticeships delivered proven business benefits to employers quoting research carried out by BESA’s training department, which revealed that 70% of employers believe their productivity, and therefore business growth, is improved by taking on apprentices.

Every £1 of taxpayers’ money invested in apprenticeships at levels 2 and 3 pays back between £26 and £28 in long-term economic benefits, according to the association. Moreover, 83% of apprentices believe their career prospects have improved as a result of securing a place on an apprenticeship scheme.

Meanwhile, the Builders Merchants Federation (BMF) believes that the introduction of ‘T’ Levels is a step in the right direction, but that more needs to be done to ensure the building industry is future-proofed.

“We ask ministers to look at what more can be done to encourage school and college leavers to take up the trades we so desperately need.

“If the Chancellor’s announcement about ‘T’ levels helps redress the parity of esteem between academic and vocational training, then that is good news. Merchanting provides fantastic career opportunities for young people, and the BMF is keen to persuade parents that university is not always the right choice for their children.”

Brian Berry, chief executive of the Federation of Master Builders, added: “T-Levels could be the answer if they genuinely rival A-Levels in the eyes of parents, teachers and young people. UK society as a whole has been guilty of putting too much emphasis on the academic route – this has made it more difficult for vital sectors like construction and house building to attract the talented people we need.”