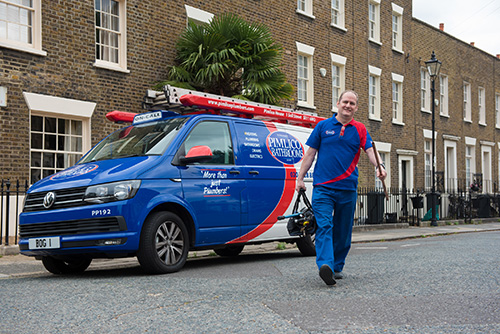 Pimlico Plumbers is creating 50 new jobs to meet the growing demand for its services, and also investing £1 million in new vehicles and the expansion of its headquarters in Central London.

The company is aiming to recruit 40 experienced engineers, particularly for its heating, plumbing and electrics divisions, and ten new staff for its office functions including accounts, customer service and its 24-hour call centre.

Already employing more than 330 people, Pimlico Plumbers is experiencing a growing demand for its services. In November it broke its record for the number of jobs in a single week, 2,500, and is seeing the number of emergency and pre-booked jobs increasing by around ten per cent on the year before to more than 400 per day.

The company is also investing £500,000 in VW Transporter vans for its newly-recruited engineers. The 40 vehicles are fitted out and liveried in the company’s in-house workshop, which has been recently expanded to cope with the increased workload.

Further investment has been made in Pimlico Plumbers’ 30,000 sq ft headquarters in Lambeth to accommodate more staff.

The company has already expanded its call centre and customer service departments through the redesign of the building’s interior with plans to create further space in 2017 with the addition of 10,000 sq ft, as part of a £500,000 investment programme, after the company secured planning permission to add another storey to Pimlico House.