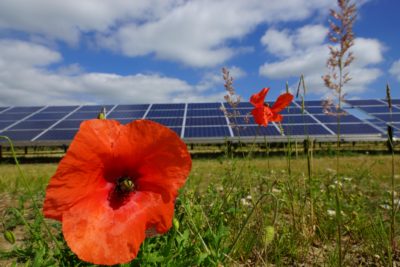 Following a concerted effort by the Solar Trade Association (STA) the government has dropped plans to remove solar thermal from the Renewable Heat Incentive (RHI).

The STA provided clear evidence and galvanized strong stakeholder opposition to the proposals during a consultation launched in March; 92% of respondents opposed the changes.

The internationally proven technology will now remain in the RHI for domestic systems with no change from the current level of 19.74p/kWh of support over seven years. Applications of solar thermal in industry up to 200kW in size will also continue to be supported.

Paul Barwell, STA chief executive, said: “Solar thermal is back, which is great news for businesses and families who want to bring down their energy bills and do their bit to mitigate climate change. It is to the new energy department’s credit that it listened to the very strong arguments we made for retaining solar thermal within the RHI.”

The move reflects the robust case the STA put forward on the importance of solar thermal technology, which boasts even greater installed capacity globally than solar PV.

Retaining solar thermal will also help the fuel poverty alleviation agenda, as well as efforts to reach the government’s own target of 12% renewable heat by 2020.

Solar thermal’s reinstatement in the RHI means there is a great opportunity for growth in a sector that already boasts some of the most advanced manufacturing in the world. With the RHI a typical business user will be able to earn back the cost of their installation within seven years; without the RHI it would have been 21 years, which would have prevented investment.

Isabella O’Dowd, policy analyst for the STA Solar Thermal Group, said: “The UK lags behind on solar thermal internationally but its potential in this country is huge. Solar thermal makes great financial sense for businesses and it is a low hassle choice for households with even limited roof space.

“Internationally solar thermal is used for space heating, community heating and industrial processes. Strategically solar thermal matters because while our homes and offices are becoming better insulated we will always need hot water and process heating. We might be a small industry with more limited applications today, but this technology has really tremendous growth potential.”

The solar thermal industry will breathe a sigh of relief after months of uncertainty over the decision. Consumers should also now have the confidence to invest in solar thermal, saving them money and energy in the long run, and reducing their carbon footprint. In addition a new EU labelling scheme for heating systems will enable customers to see clearly the benefits of installing solar thermal to allow them to reach the highest A+++ rating.