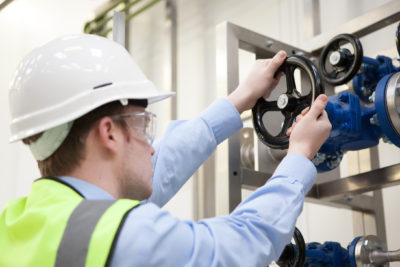 Boiler house operators have been advised that failure to follow the correct boiler or system start-up procedures could lead to dangerous steam pipework problems as the heating season approaches.

John Pickering, an expert in safe procedures for steam distribution systems at Spirax Sarco, says it is possible for new operators of steam systems to underestimate the care and time that needs to be given to steam system start-ups following shut down.

John said: “Both water hammer and thermal expansion are a real threat to steam pipework when systems are fired-up after a long lay-off. Water hammer is much more than an acoustic problem. The entry of steam into a pipe which already has an accumulation of water can lead to condensation and the forming of a vacuum that, in turn, can set the water into a violent motion. The momentum of this water can cause extensive mechanical damage to pipework and fittings.

“Steam expansion occurs when the steam system is heated too quickly, resulting in the steam hitting the weakest point in the distribution pipework and, literally, buckling the pipework. From my own experience I have seen pipework bend and expansion bellows become twisted and distorted due to thermal expansion caused by the incorrect procedures being followed.”

Start-up dangers are a particular threat as the heating season approaches due to many heating systems, which use steam as a source of heat, being turned off during the summer months. Spirax Sarco recommend an 11-point procedure for warming pipework from cold, which is outlined by National Industrial Fuel Efficiency Service in the organisation’s handbook.

John continued: “The Boiler Operator’s Handbook sets out a clear procedure that includes checks to the boiler and valves and, crucially, stresses the need for the gradual warming of the system pipework, increasing the pressure and purging it of air and condensate.

“I cannot stress enough that incremental opening of the steam valve is vitally important. Steam valves should be opened very slowly and if there is any indication of water hammer in the surrounding pipes, the steam isolating valve should be shut immediately and not reopened until the pipes have been drained. The start-up procedures for steam pipework are complex and require an experienced operator. If you are in any doubt about the correct procedure, call an expert.”