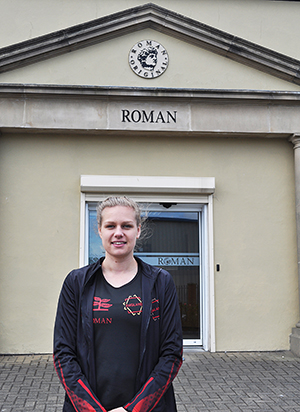 Roman who holds a long standing fund with County Durham Foundation has donated over £3000 from its Community Fund to support Thea Thompson, who has been selected to represent England Netball NETs in 2016.

Thea was selected as part of the elite players to represent England and to be part of the Under 21s squad travelling to the World Championships in New Zealand in August 2016.
The four teams involved in the competition are England, New Zealand, South Africa and Australia with tournaments held from August 20-27.

David Osborne, managing director of Roman, said: “After hearing about Thea’s significant achievement and that the sport is completely self-funded, we wanted to donate to help support Thea and her team. We know that Thea will relish the unique opportunity to play for her country and everyone at Roman wish her and the England Netball Netts Team good luck.”