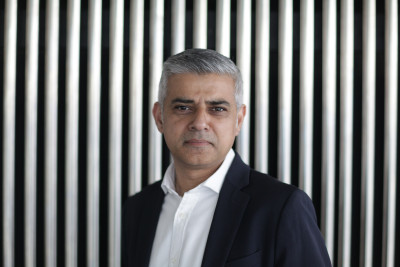 If businesses are to be hit with new regulation to combat poor air quality in London, proposals for a new diesel vehicle scrappage scheme, and another boiler scrappage scheme, are the sensible way forward, according to the Builders Merchants’ Federation (BMF).

The BMF was responding to a consultation by the Mayor of London, Sadiq Khan, seeking views on proposals to improve public health by cleaning up London’s air quality.

The possibility of government help to fund a scrappage scheme – or similar incentive – has direct implications for all merchants. The idea is to pay vehicle owners part of the cost of replacing vehicles (likely to be diesel engines) with a less-polluting one. At this early stage, it is not known if any such offer would be only for cars and vans or include lorries. The BMF said it strongly agrees and would welcome action to replace older, polluting vehicles with cleaner, modern equivalents.

John Newcomb, BMF managing director, said: “Prior to being elected, Sadiq Khan repeatedly pledged to be a very ‘business friendly’ Mayor. The current London Boiler Cashback Scheme is working well. Mr Khan would do well to repeat and enhance it with another offer to tackle fuel poverty, reduce carbon emissions, cut energy bills and make homes cosier. Plumbing and heating merchants we represent stand ready to help him”.

The “London Evening Standard” frequently reports on the issue of air quality – often citing the latest medical research or up-to-date results from monitoring done by borough councils. Tackling air pollution in London is a public health priority as the equivalent of 9,416 people die early each year due to long-term exposure to air pollution.

In his consultation, Sadiq Khan set out several possible options including:

The consultation coincided with the 60th anniversary of the Clean Air Act 1956 and Sadiq Khan said a further more detailed consultation exercise will take place later this year.