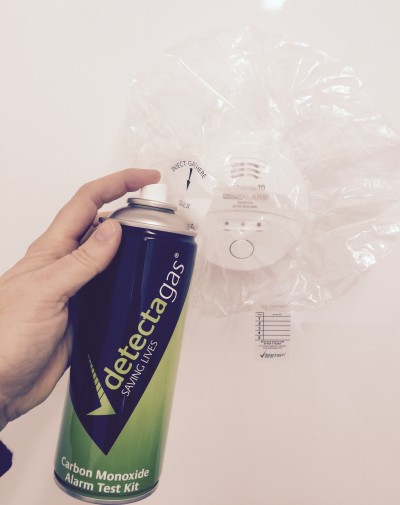 A report co-funded by the European Union and the Product Safety Forum of Europe (PROSAFE), a non-profit professional organisation for market surveillance authorities and officers from throughout the EEA, has found that more than half (52%) of the carbon monoxide (CO) alarms tested posed a ‘high’ or ‘serious risk’.

Alarms were tested across seven EU member states, with a primary focus of ensuring CO detectors on the EU market were safe and carried the appropriate warnings and instructions to consumers.

PROSAFE then undertook a risk assessment based on the risks posed by the product’s incorrect performance and found nine detectors to give a ‘Serious’ risk, 15 models ‘High’ risk, two models ‘Medium’ risk and 12 models ‘Low’ risk. For seven models no risks were detected and for 36 the Risk Assessment was not made available by members as they considered the model compliant.

The report is the most recent to highlight the serious issues there are with the durability and effectiveness of CO alarms in detecting CO. The issue with the alarms centres on the product’s sensor that is shown to erode over time, leaving many useless despite the warrantees provided by suppliers.

John Stones, managing director of Gas Safe Europe, said: “For more than 30 years we have been campaigning to raise awareness of the need to effectively test CO alarms and this report further supports the case.

“There is undoubtedly a serious issue with the quality of CO alarms on the market and more needs to be done to raise awareness of the issue. Currently there are more than 30 million alarms in the UK that could be providing consumers with a false sense of security and putting lives at risk.”

In October 2015, West Sussex Trading Standards also issued a report highlighting that as many as 80% of CO alarms tested failed British Standards tests.

To effectively test CO alarms consumers need to test the sensor and not rely on the so-called ‘Test Button’ which just tests the battery, buzzer and electronic circuit. Testing the sensor can only be done by injecting a specific and safe level of test gas over the alarm.

Recognising the issue, last year the UK government passed legislation requiring private sector landlords to test their smoke and CO alarms annually and before each new tenancy. Failure to comply would see landlords face fines of up to £5,000.

To help meet the new legislation and protect consumers, Gas Safe Europe has developed multi award winning, Detectagas® to check the battery and sensor in alarms in one test by injecting a specific and safe level of test gas into a specially designed transparent cover over the alarm. The safe and easy to use the test kit is now widely available. For more information, visit: http://www.gassafeeurope.com.