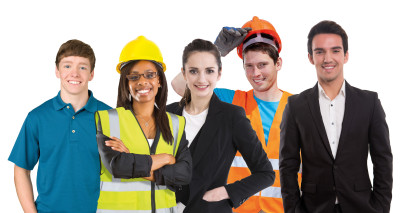 A still from the BMF Youth Recruitment website illustrates how women are already making their mark.

The Builders Merchants Federation (BMF) has pledged to help address unemployment and poorly paid employment among young women by signing up to the Young Women’s Trust employer pledge.

The BMF has set an ambitious target to double the number of women entering the merchant industry by 2020. At present, only 11% of merchanting apprentices are female.

This announcement follows figures released by the Construction Industry Training Board (CITB), which show that 232,000 jobs will be created in construction industry over the next five years. Young Women’s Trust, however, has found that over one million women, aged between 16 and 30, are in poorly paid roles and looking for work.

John Newcomb, managing director at the BMF, said: “Merchanting is a fantastic career with great progression and I want to open up the sector to more women across the country. This is a huge opportunity for our members who need a full mix of skills and experience in their branches and I am certain that we will meet, if not exceed, our ambitious target.”

A recent survey by the Young Women’s Trust found that occupational segregation by gender is significant and is, in fact, going backwards. For example, women comprise 94% of childcare apprenticeships, but less than four per cent of all engineering apprenticeships. These sectors are generally lower paid with women on apprenticeships earning, on average, 21% less than men on comparable apprenticeships.

The BMF is already targeting women through its youth recruitment campaign. A central point of this is the website, which features several young women who are already making their mark in the industry. Visit: www.merchant-recruitment.co.uk for more information.

The BMF has now signed up to the following pledge: “The BMF recognises the value of gender diversity and will take action to increase the representation of young women in our apprenticeship programmes.”